There are some big churches in the western world, who have without doubt, made an international name for themselves, but it is usually the name of their location, or some leader, and does not include the Name above all names. I had a vision recently of myself, going to the leader of a very large church in a major city, telling him that it was time now, to take down the title on the front of the church, and replace it with ”A Church of Jesus Christ.’ A wry smile came onto his face and he said, ‘I don’t think that people would come into a church with that on the entrance, these days!’ In Israel today, ‘Jesus,’ lovingly ‘Yeshua’ in their own language, is featured in the name of their congregations as born-again Israelis meet together. They meet in Jerusalem at ‘Ahavat Yeshua,’ and in Tel Aviv, at ‘Tiferet Yeshua.’ They are not ashamed to put the name of Jesus on their gatherings. There are approximately 15,000 born again Messianic Jews in Israel, as I write this book. God is about to re-boot the church. Humility will be more the norm as God begins to deal with arrogance in the church. God is going to reveal himself, and his glory, in places that the above church leader would cynically laugh about. Already God continues to move his discerning people out of some arrogant churches, in preparation for his gatherings which will predominantly feature his presence and power. These are people who are closer to the heart of God and desire to understand the ‘times and the seasons.’ 1 Chronicles 12:32- …men of Issachar, who understood the times and knew what Israel should do. N.I.V. Daniel 2:21-He changes the times and the seasons; he sets up kings and deposes them. He gives wisdom to the wise and knowledge to the discerning. N.I.V. Humility, unity and power, will be the ‘mark’ of the new church. I have used the computer term, ‘re-boot,’ because the computer needs to be shut down first, before it can be re-booted. Many churches, mainly the ‘traditional,’ are being shut down in this season of huge change. The zeal of the Lord Almighty will accomplish this (change.) Isaiah 9:7. N.I.V. (Bracketed mine.) Here in Australia, we have had a ‘Royal Commission’ into child abuse in the Catholic Church, and other similar institutions, which has shocked and alienated many in the community. The ideas, and the sins of church leaders, have brought the church in general to a very low point. The only way out of this predicament, and every other now, is to look ‘up.’ I trust you w

Be the first to review “All Your Heart” Cancel reply 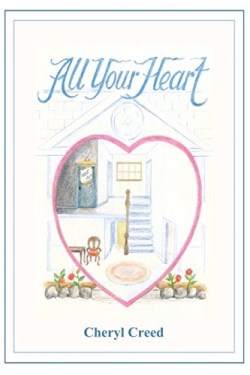