And She Was A Christian

There is something deeply and disturbingly paradoxical about Christians committing suicide! How can Christians, who by definition rest their eternal hope in Christ, seem to give up hope and take their own lives? Too often church leaders fail to recognize the role the illness of depression plays in suicide, resulting in the assumption that Christians who commit suicide have lost their faith in Christ and have gone to hell.

Writing from a confessional Lutheran perspective, this book addresses the theological issues surrounding the paradox of Christians committing suicide. Take comfort in helpful scriptural corrections of past views of suicide that emphasized the law more than the gospel. 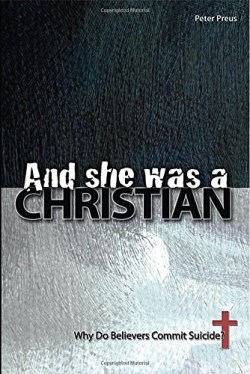