Tony and Max were best friends, writing partners. People swore he didn’t know she was a girl and she didn’t know he was a boy. When Tony went away for a few months, he realized that empty place inside was Max-shaped. Every idea to tell her how he felt sounded like the plot for a book they would never write.

Then Max’s parents were seriously injured.

Tony dropped everything to come home and be there for her and her brothers. He would just have to wait until things calmed down before he confessed his love, and pray Max felt the same way. Before the new guy in the tech crew made his move.

Max tried not to dream that she and Tony could be more to each other. As she held together her parents’ theater and dealt with the invasion of paparazzi when Hollywood discovered where her mother had hidden years ago, she couldn’t help wishing…

In one crisis after another, dealing with spoiled actors, gossips, and secret nightmares, Tony was her rock. After all the answered prayers, would God answer this one, too?

Be the first to review “Behind The Scenes” Cancel reply 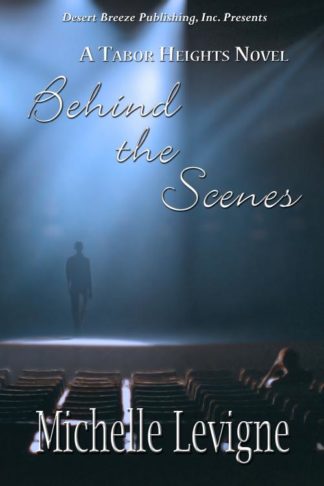