‘What makes this story so thrilling for me is that it represents the new wave of missions in the world.’ Charles Colson, former special counsel to President Richard Nixon and founder of Prison Fellowship Ministries

‘God took a couple of lay people who decided to live this big life…they had no idea what God would do with them. But what a journey it has been.’ Mike Huckabee, former governor of Arkansas and 2008 Republican presidential candidate

A Big Life: Ordinary People Led by an Extraordinary God tells the story of how thousands of believers, from suburban America to the jungles of the subcontinent of India, Pakistan, and beyond, were brought together in a phenomenal work of God.

No Christian was more ordinary than John Heerema, but he was obedient. God took him on an extraordinary, emotional, and often painful journey, shaping him to be a new kind of missionary on a new kind of mission. It was a simple strategy, a strategy not new after all, but ancient, because He had first shown it to us two thousand years ago.

Over the next nine years, hundreds of obedient believers were grafted into an unbelievable ministry that has brought the salvation of Jesus to tens of thousands. The book of Acts has been put into action once again in the ministry of Big Life. A Big Life is a must for everyone who wishes to see how God responds today to the obedience of his people.

Be the first to review “Big Life : Ordinary People Led By An Extraordinary God” Cancel reply 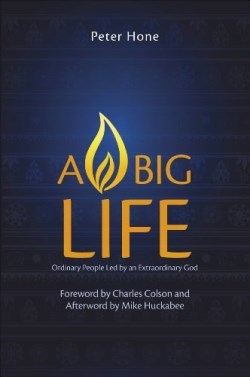