Calvinism In The Las Vegas Airport

A friendly, conversational look at how Calvinism can work in the 21st century Richard Mouw opens this conversational look at Calvinism by retelling a scene from the movie Hardcore. While a pious Calvinist elder played by George C. Scott is trying to track down his daughter who has run away from home, he talks to a young unchurched woman in the Las Vegas airport, unsuccessfully explaining the theology of his Dutch Christian Reformed denomination. This incongruous conversation illustrates the stereotype that Calvinism doesn’t work or fit in today’s world. Rather than being an academic and systematic exposition of doctrine, this book wrestles with some of the distorted views people hold of Calvinists, clears up some common misconceptions, and shows how to live gently and respectfully with Christians who disagree, as well as with people who have no clue what TULIP means. The author revisits the Las Vegas airport and discusses how that conversation might have played out differently. 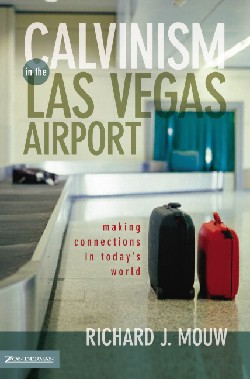 You're viewing: Calvinism In The Las Vegas Airport $14.99
Add to cart