The written word is one of the defining elements of Christian experience. As vigorous in the first century as it is in the 21st, Christian literature has had a significant function in history, and teachers and students need to be reminded of this powerful literary legacy.

The encyclopedia will appeal not only to scholars and Christian evangelicals, but students and teachers in seminaries and theological schools, as well as to the growing body of Christian readers and bibliophiles.

Be the first to review “Encyclopedia Of Christian Literature” Cancel reply 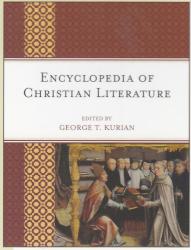 You're viewing: Encyclopedia Of Christian Literature $218.00
Add to cart