We had hoped that he was the one to redeem Israel… (Lk 24:21). This phrase we had hoped… encompasses the image of human existence in which hope has become difficult, if not impossible. The truth of these words is reflected in the lives of the persons considered in these pages as signs of encouragement to us all to hope. They focus on the spiritual journey of two extraordinary men towards greater union with Christ through the Eucharist and the Church of which they offer an extended catechesis and celebration. This volume begins with St. Peter-Julian Eymard, whose Eucharistic fervor offers a striking example of Christian hope in action. His rigorous and unremitting devotion to Christ in the Eucharist led him to delve profoundly into the revealed Word of God. As a result, his fundamental teaching on this great mystery of the Catholic faith can be summed up as a treatise on God’s self-sacrificing love for everyone. The chapter on Blessed John Henry Newman presents that much admired convert from Anglicanism, whose perspective on living became entirely changed through his reflections on the Church as the Kingdom of God on earth and a community of hope oriented towards the future Parousia. Newman was known for his fidelity to conscience, his search for truth and his enormous capacity for friendship. Deeds, not words and wishes succinctly characterize his zeal as an ardent defender of the faith. 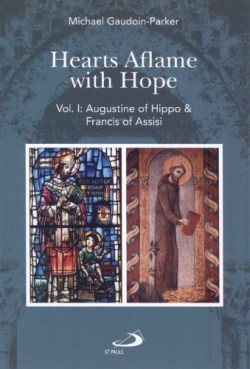