Historical Dictionary Of The Shakers

The United Society of Believers in Christ’s Second Appearing, commonly known as the Shakers, followed Mother Ann Lee to the United States in 1774 when life in England became difficult. In the United States, they established several colonies whose governing principals included celibacy and agrarian communal living. Even at its peak, however, Shakerism claimed only about 4,500 members. Today, except for one active community in Sabbathday, Maine, the great Shaker villages are diminished, but the Shakers left an enduring impact on the religion and culture of the United States.

The Historical Dictionary of the Shakers relates the history of this fascinating group through a chronology, an introductory essay, a bibliography, and over two hundred cross-referenced dictionary entries on Shaker communities, industries, individual families, and important people. Every definition, biography, and point of history was submitted to the Shakers at Sabbathday Lake for their review before it was included for publication. As such, the voice of the contemporary Shakers is found in the dictionary, and they have given it their unequivocal endorsement. 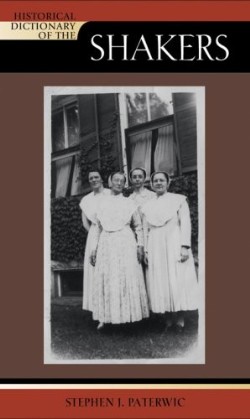 You're viewing: Historical Dictionary Of The Shakers $114.00
Add to cart