The Jewish attachment to Zion is many centuries old. While the modern Zionist movement was organized a little more than a century ago, the roots of the Zionist idea reach back close to 4,000 years ago, to the day that the biblical patriarch Abraham left his home in Ur of the Chaldees to settle in the Promised Land, where the Jewish state subsequently arose. From that day to the establishing of the state of Israel in 1948, the Jewish people have been in a constant struggle to either regain or maintain their homeland.

Although 60 years have now passed since the establishment of Israel, many of the political and religious factions that made up the Zionist movement in the pre-state era remain active. The second edition of the Historical Dictionary of Zionism-through its chronology, maps, introductory essay, bibliography, and over two hundred cross-referenced dictionary entries on crucial persons, organizations, and events-is a valuable contribution to the appreciation for both the diversity and consensus that characterize the Zionist experience. 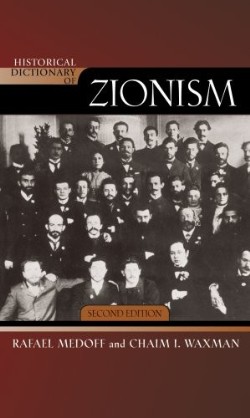 You're viewing: Historical Dictionary Of Zionism (Expanded) $107.00
Add to cart