Developing out of the (mostly Methodist) National Association for the Promotion of Holiness, the Holiness-Pentecostal Movement provided a theological consensus strong enough to unify the movement during its first decade of existence and to sweep almost the entire independent Holiness movement of the southeastern United States. Distinguished from the Holiness Movement mainly by insistence on speaking in tongues as initial evidence of baptism of the Holy Spirit, the teaching of the Holiness-Pentecostal Movement is foundational to a significant segment of groups descended from the Azusa Street revival, especially in Chile and South Africa.

The series provides materials for study of doctrine, worship, institutional development, and personalities, as well as antecedent and related movements. It serves to illustrate the history both of the Holiness Movement and the rural-urban transition in which it developed. Theological reconsiderations, realignments, and changes, as well as the nearly exponential growth of the Movement since the original book’s publication, make these new publications almost absolutely necessary.

Be the first to review “Holiness Pentecostal Movement” Cancel reply 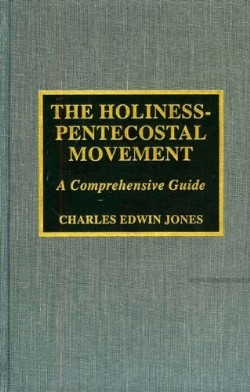