Ill Be Seeing You

Generations of secrets unfold as a young college student learns the truth about her great-grandmother ‘s World War II heartbreak and love.

Brianna Hastings’s life seems dull and full of disappointment until a handsome young man visits her church. She’s instantly smitten by the charming Greg, who leads an exciting, independent life–the kind of life she longs for. But when a college history assignment forces Brianna to interview her great-grandmother about life during World War II, she can’t believe it when Daisy presses her with questions about Greg’s character. “What sort of man is he? Who is he at his core?”

What could her great-grandmother possibly know about love at first sight?

The questions take both women back to Boise, Idaho, in the early 1940s, when war emphasized how fragile life could be. Daisy and her older sister pine for the same handsome bomber pilot–until one night of terrible judgment reveals their true characters and drives them apart. Trying to protect the people she loves the most, Daisy condemns herself to live a lie.

In the years that follow, as Daisy grapples with the consequences, she receives unexpected grace from a man she’s known her whole life but never looked at twice. Could what she learned about love save Brianna from heartache three generations later?

Be the first to review “Ill Be Seeing You” Cancel reply 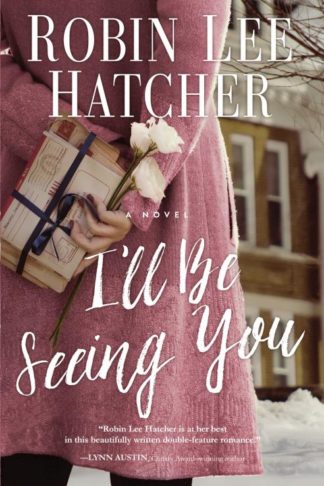