In The Manor Of The Ghost

It’s the 1870s. The Civil War has long since been fought. The nation has been connected by rail, and the open expanses are being settled. The land is changing and Kaitlin Dupree has come west hoping for a change in her life. When she marries Devline Clayborne in a contractual agreement, and moves into his home, she is surprised that while the world moves forward around them, those who dwell in Clayborne Manor seem trapped in time.

Trapped amid the whispers of failure and sorrow, whispers of longing and defeat. Kaitlin hears them clearly at night. But who haunts Clayborne Manor? The ghost that restlessly walks the halls in the night? Or the ones that plague the minds and spirits of those residing there? Though not inclined to believe the dead can walk the night laded corridors, Kaitlin can see them clearly in the eyes of her husband Devlin, and hear them in the deafening silence of her new son, Derrick.

Does she have the courage to search the past and face the ghosts haunting Clayborne Manor? Does she have the faith to stay and direct all those who dwell In the Manor of the Ghost to the one who sets the captives free? 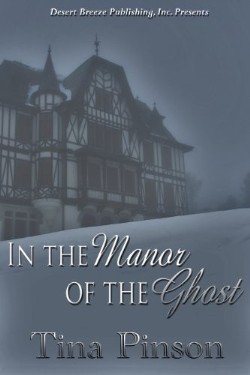