The impact of The Late Great Planet Earth cannot be overstated. The New York Times called it the “no. 1 non-fiction bestseller of the decade.” For Christians and non-Christians of the 1970s, Hal Lindsey’s blockbuster served as a wake-up call on events soon to come and events already unfolding — all leading up to the greatest event of all: the return of Jesus Christ. The years since have confirmed Lindsey’s insights into what biblical prophecy says about the times we live in. Whether you’re a church-going believer or someone who wouldn’t darken the door of a Christian institution, the Bible has much to tell you about the imminent future of this planet. In the midst of an out-of-control generation, it reveals a grand design that’s unfolding exactly according to plan. The rebirth of Israel. The threat of war in the Middle East. An increase in natural catastrophes. The revival of Satanism and witchcraft. These and other signs, foreseen by prophets from Moses to Jesus, portend the coming of an antichrist . . . of a war which will bring humanity to the brink of destruction . . . and of incredible deliverance for a desperate, dying planet 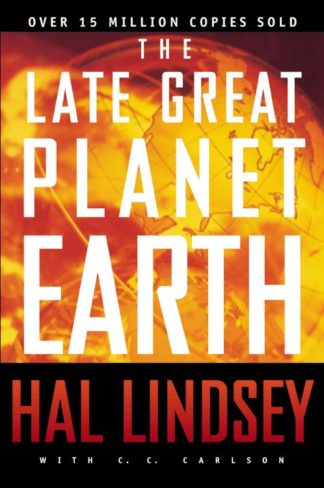