Everything changed between them the first time he called her Katie.

Katherine Yoder has loved Johnny Mullet since they were children, but he never actively returned her affections. Like so many things in their world, he assumes Katherine will always be there. Once his horse farm is a success, then he will court her in earnest.

For several weeks, Katherine has been plagued by severe headaches and dizziness. While resting at home, Johnny unexpectedly visits, but when dizziness strikes, she loses consciousness. She awakens hours later in a hospital bed, unable to remember how she got there.

Seeing Katherine injured and vulnerable stirs something in Johnny, and his guilt compels him to spend time with her while she heals. Soon his heart begins to stir with questions: Does she even remember why he’d come to her house that day?

As Katherine struggles to recall recent memories of Johnny, a surprise visitor arrives in her already unsteady world-a man named Isaac who claims they had been writing letters to each other, even considering marriage, before her illness.

With two men vying for her attention and her memory still elusive, Katherine has never felt so divided. The answer may lie behind a door she never considered opening.

–This text refers to the Paperback edition.

Be the first to review “Letters To Katie (Unabridged)” Cancel reply 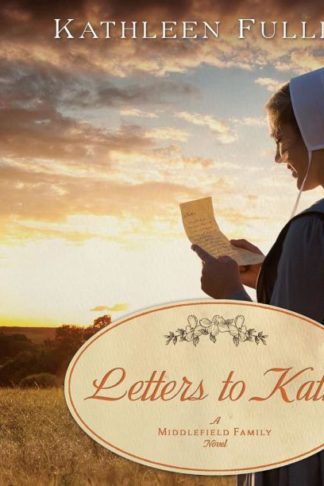 You're viewing: Letters To Katie (Unabridged) $25.99
Add to cart