Lydia A Story Of Philippi

Lydia was only the first of many converts to the Christian faith in Philippi. The new religion attracted quite an assortment of individuals–slaves, masters, Jews, Gentiles, wealthy, and penniless. Yet the believers were supposed to be unified in Christ–equal–no matter their class, gender, or race. Easier said than done! Those in the volatile first-century Greco-Roman society sometimes got along better with the new believers than they did with each other. Driven by personality conflicts and misguided ambition, heated quarrels splintered the group into warring factions. Only God could salvage this wreckage. Trudy J. Morgan-Cole’s skillful touch transforms the New Testament narrative of Lydia and the people of Philippi into a vibrant story of challenges and triumphs. You know, of course, the dual problem and solution to their irreconcilable situation: Let this mind be in you, which was also in Christ Jesus . . . 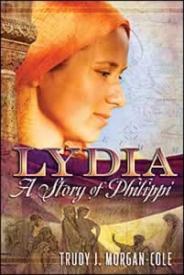 You're viewing: Lydia A Story Of Philippi $17.99
Add to cart