It seemed William would probably become a woodsman just like his father. On the rugged Ohio frontier, slinging an ax was more important than reading a book, after all. If William wanted to go to school he would have to walk 11 miles on a rough road-five and a half miles each way. Of course, for that even to be possible, he and his family would have to build the road first.

No wonder William’s mother feared her son would never get the chance to be a student. But life held countless surprises. William became not only a student, but a teacher-by the age of 14. And that was only the beginning!

Journey back to the frontier days as you read the always-surprising, always-adventurous story of William H. McGuffey. Find out how he created five children’s readers-books that would unify America and become acclaimed as the most influential books of their time. And discover why a boy from simple beginnings became known as the greatest forgotten man.

Be the first to review “McGuffey : The Greatest Forgotten Man” Cancel reply 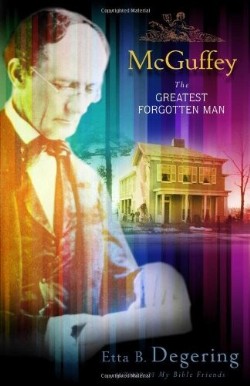 You're viewing: McGuffey : The Greatest Forgotten Man $10.97
Add to cart