Welcome to the origin of adventure, conflict, power, magic, heroes, and villains-the origin of the theatre. It was at its height with Aeschylus, Sophocles, and Euripides in the golden age of Athens, the 5th century B.C. Aristotle believed that Greek tragedy offers the perfect plot-containing order, balance, and unity-with the hero’s reversal (peripeteia) and recognition (anagnorisis) at its climax. This is the imitation (mimesis) of human actions. This is our emotional cleansing (catharsis).

Aeschylus The Oresteian Trilogy: Aeschylus was the first of the three great tragic playwrights. The Oresteia is the exciting trilogy about the end of the curse of the House of Atreus. Join Orestes as he seeks to revenge his father’s murder, but discovers, along with us, that revenge only begets revenge-that mercy and litigation are the better ends of justice.

Sophocles The Three Theban Plays: Sophocles, famous for wisdom, won the playwright competition at the Festival of Dionysus many times. Here is the story of Oedipus, fated to unknowingly kill his father and marry his mother. This is the great myth, influencing all subsequent literature. Fate, free will, the quest for knowledge and truth-the glory and downfall of Western civilization.

Euripides Medea, Hecabe, Electra, Heracles: Euripides further developed the tragedy, instituting the deus ex machina, a prologue with a background, and greater realism. His heroes are less resolute and more psychological, fraught with internal conflict. Here is the revenge of Medea and Hecabe, and the exciting adventures of Heracles in the Underworld. 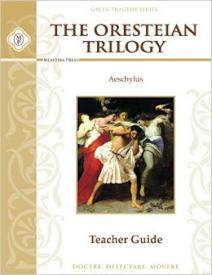