Lots of management manuals have been written with illustrations drawn from the examples of various managers, and lots of monographs have been published profiling individual leaders, but such books rarely provide both a practical manual one can use while profiling a model one can follow. This volume is unique in that it does both. In the process John XXIII becomes a spiritual as well as a down-to-earth guide for managers from pastors to presidents. This book reviews the words and works of Angelo Roncalli during the period when he faced the greatest challenge of his life when, at age seventy-seven he assumed the daunting task of leading the Roman Catholic Church into a whole new way of relating to itself and the world at large. Setting a tone, establishing a purpose, outlining a program, having a strategy, selecting a team, keeping on message, using the media, rationing the time available and deliberately pursuing the goals established are just a few of the many managerial skills studied here that set good Pope John XXIII apart from others and made him such a consummate model, mentor and patron saint for managers.

Be the first to review “Pope John 23” Cancel reply 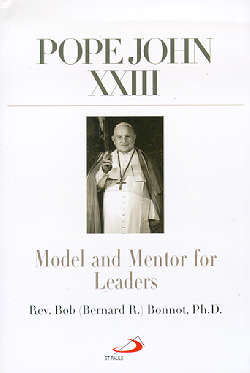