View cart “Reason And Imagination In C S Lewis A Print On Demand Title” has been added to your cart.

The first study of C. S. Lewis to offer a detailed examination of Till We Have Faces, Peter J. Schakel’s new book is also the first to explore the tension between reason and imagination that significantly shaped Lewis’s thinking and writing.

Schakel begins with a close analysis of Till We Have Faces which leads the reader through the plot, clarifying its themes as it discusses structure, symbols, and allusions.

The second part of the book surveys Lewis’s works, tracing the tension between reason and imagination. In the works of the thirties and forties reason is in the ascendant; from the early fifties on, in works such as the Chronicles of Narnia, there is an increased emphasis on imagination – which culminates in the fine myth retold, Till We Have Faces. Imagination and reason are reconciled, finally, in works of the early sixties such as A Grief Observed and Letters to Malcolm. 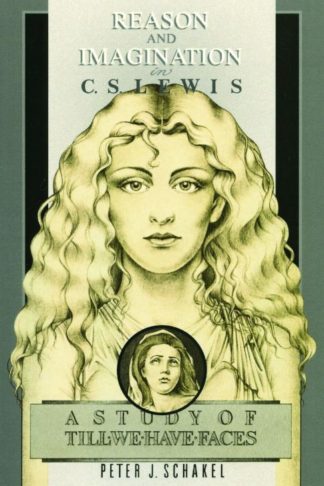 You're viewing: Reason And Imagination In C S Lewis A Print On Demand Title $24.50
Add to cart