Have you ever read stories of Old Testament heroes and wondered how they had such boldness in their faith? As a Christian, have you ever considered that you too are a soldier in God’s army? From the pages of The Rescue: Old Testament Boot Camp for a New Testament War comes a handbook on spiritual warfare, which will empower men and women of God to charge into engagements with a level courage and faith you may never have thought possible. Be transported back in time, where Joash, a young, dedicated foot soldier, is on the front lines of the army of Israel as they bravely conquer their foes and take hold of the promised land. Through his eyes, witness firsthand the struggles and victories; hear the voice of each commander as they lead their men against a brutal enemy force. Drawing on this narrative, author Don S. Coffeen relates some of the most amazing Old Testament battles to the issues Christians face today, revealing the many lessons that can be gleaned from these historic moments. The Rescue: Old Testament Boot Camp for a New Testament War delivers your marching orders and instructions for taking back the territory the enemy has gnawed away, equipping you with the full arsenal of God so that you can be ready, when God calls you, to go outside your comfort zone and conquer your own promised land. 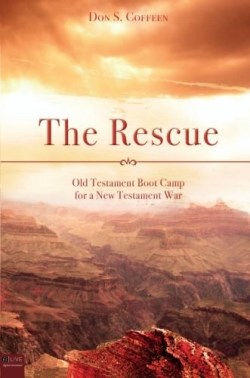