Rescuer : One Firefighter’s Story Of Courage, Darkness, And The Relentless

The true story–told with heart-pounding action and heart-melting romance–of a heroic firefighter forced to confront an emergency even he can’t handle: saving himself.

Jason Sautel had it all. Confident in his abilities, trusted by his firefighting brothers, and nationally recognized for his heroism, he was making a name for himself on the mean streets of Oakland, California. There was no emergency he couldn’t handle, and his adrenaline-fueled job helped him forget the suicidal thoughts of his dark childhood . . . until the day he looked into the eyes of a jumper on the Bay Bridge and came face to face with an evil he recognized in his own heart.

In the following months, a series of traumatic emergency calls–some successful, others haunting failures–drove Jason into a deep depression. Even as he threw himself into his work as the model firefighter, he sank deeper and deeper, realizing he could never rescue everyone . . . or even save himself. Just as he was ready to take his own life, Jason began to see hints of hope: the relentless power of love. Packed with dramatic action and romance, vulnerability and inspiration, The Rescuer is a compelling story of courage, faith, redemption, and the one Person who really can rescue us from the darkness.

Be the first to review “Rescuer : One Firefighter’s Story Of Courage, Darkness, And The Relentless” Cancel reply 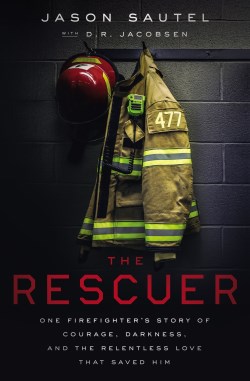 You're viewing: Rescuer : One Firefighter’s Story Of Courage, Darkness, And The Relentless $18.99
Add to cart