Sacred Pace : Four Steps To Hearing God And Aligning Yourself With His Will

How do we hear from God and discern His will when it’s time to make big decisions? Terry Looper shares a five-step process for doing just that – a process he has learned and refined over thirty years as a Christian entrepreneur and founder of a multi-billion dollar company.

At just thirty-six years old, Terry Looper was a successful Christian businessman who thought he had it all-until managing all he had led to a devastating burnout. Wealthy beyond his wildest dreams but miserable beyond belief, Terry experienced a radical transformation when he discovered how to align himself with God’s will in the years following his crash and burn.

Sacred Pace is a five-step process that helps Christians in all walks of life learn how to:
*slow down their decision-making under the guidance of the Holy Spirit,
*sift through their surface desires and sinful patterns in order to receive clear, peace-filled answers from the Lord,
*gain the confident assurance that God’s answers are His way of fulfilling the true desires he has placed in their hearts, and
*grow closer to the One who loves them most and knows them best.

This book is not another example of name-it-and-claim-it materialism in disguise. Instead, it walks readers through the sometimes-painful process of “dying to self” in their decisions, both big and small, so that they desire God’s will more than their own.

Be the first to review “Sacred Pace : Four Steps To Hearing God And Aligning Yourself With His Will” Cancel reply 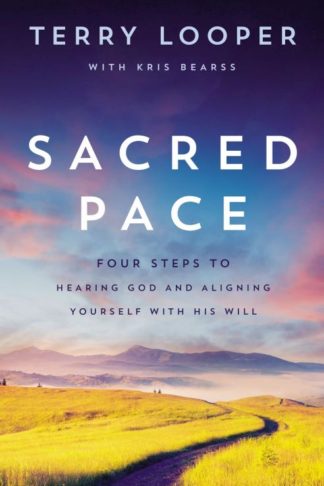 You're viewing: Sacred Pace : Four Steps To Hearing God And Aligning Yourself With His Will $18.99
Add to cart