When she was six, my granddaughter Charlotte sent this charming, spontaneous thank-you card to Santa in early January. She became totally convinced that she held the honor of being the first child to write him an after Christmas note when he told her so in his next Santa letter. Opening letters from Santa has been a tradition in our family for two generations. On Christmas mornings, my sons as well as my grand girls have always taken them out of their stockings to read even before checking out their gifts. After enjoying this book, why not begin both traditions in your family? If you do, your holidays will become more heart-warming, and Santa’s secret wish will come true much sooner.

Be the first to review “Santas Secret Wish” Cancel reply 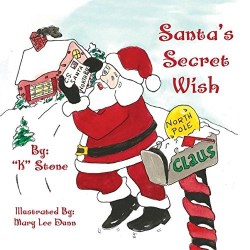