Satan In The Dance Hall

Satan in the Dance Hall explores the overwhelming popularity of social dancing and its close relationship to America’s rapidly changing society in the 1920s. The book focuses on the fiercely contested debate over the morality of social dancing in New York City, led by moral reformers and religious leaders like Rev. John Roach Straton. Fed by the firm belief that dancing was the leading cause of immorality in New York, Straton and his followers succeeded in enacting municipal regulations on social dancing and moral conduct within the more than 750 public dance halls in New York City.

Ralph G. Giordano conveys an easy to read and full picture of life in the Jazz Age, incorporating important events and personalities such as the Flu Epidemic, the Scopes Monkey Trial, Prohibition, Flappers, Gangsters, Texas Guinan, and Charles Lindbergh, while simultaneously describing how social dancing was a hugely prominent cultural phenomenon, one closely intertwined with nearly every aspect of American society from the Great War to the Great Depression. With a bibliography, an index, and over 35 photos, Satan in the Dance Hall presents an interdisciplinary study of social dancing in New York City throughout the decade. 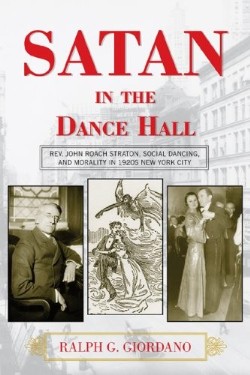