This world is a dark, evil, and broken place – more corrosive and corrupting than we even realize since we sit here in the middle of it, with nothing else to compare it to. But for those who know that Christ is coming to establish a new and perfect order, ours is not just a world to endure but a world to invade. Believers have not been stationed here on earth merely to subsist but to actively subvert the enemy’s attempts at blinding people in unbelief and burying them under heartbreaking loads of human need.

The kingdom of God changes all that.

Ed Stetzer’s Subversive Kingdom is a personal call for Christians to reorient their thinking and lifestyle to match what Jesus described of His people in Scripture, while teaming up with other believers through their churches to bring light into a dying and darkening culture. Stetzer uses the parables of Christ to unlock the kingdom secrets that bring this mysterious concept within understandable reach, while urging Christians to turn this knowledge into practical, everyday, ongoing missions designed to set people free from lives headed for hopelessness.

Be the first to review “Subversive Kingdom : Living As Agents Of Gospel Transformation (Unabridged)” Cancel reply 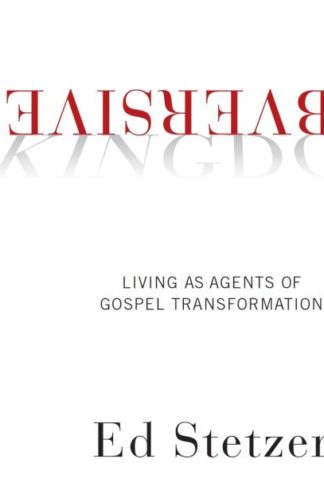