Barbara Frale gives us an explosive, exhaustively researched history of the medieval world’s most powerful military order, the Templars. At its height, the Order of the Knights Templar rivaled the kingdoms of Europe in military might, economic power, and political influence. For 700 years, the tragic demise of this society of warrior-monks amid accusations of heresy has been plagued by controversy, in part because the transcript of their trial by the Inquisition?which held the key to the truth?had vanished.

Templar historian Barbara Frale happened to be studying a document at the Vatican Secret Archives when she suddenly realized that it was none other than the long-lost transcript! It revealed that Pope Clement V had absolved the order of all charges of heresy. The Templars chronicles the spectacular rise and fall of the organization against a sweeping backdrop of war, religious fervor, and the struggle for dominance, and finally lifts the centuries-old cloak of mystery surrounding one of the world’s most intriguing secret societies

Be the first to review “Templars : The Secret History Revealed” Cancel reply 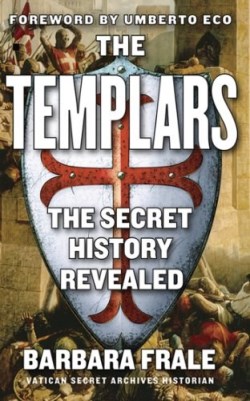 You're viewing: Templars : The Secret History Revealed $14.95
Add to cart