Tracks Of A Fellow Struggler

John Claypool had been a pastor for almost two decades, ministering to others who suffered through the loss of loved ones, when the loss came home with the death of his eight-year-old daughter. This book is the story of Claypool’s own journey through the darkness, written through four sermons. The first was delivered just eleven days after his daughter’s diagnosis of leukemia, the second after her first major relapse nine months later, and the third weeks after her death. The final sermon-a reflection on the process of grieving-was preached three years later.

Job, who also struggled with God and found him, emerged twice the person he had been. And so can we. Though our journey will be uniquely our own when the time comes, and come it will if we love at all, Claypool has left tracks. Furthermore he has not erased those places where he faltered. They are honest tracks. -The Texas Churchman

With more than a million copies sold, Tracks of a Fellow Struggler is once again available in a hardcover edition, perfect for gift-giving, or for anyone seeking God’s comfort in difficult times to read and cherish. 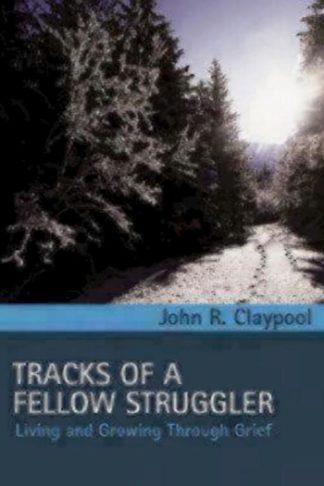 You're viewing: Tracks Of A Fellow Struggler $18.95
Add to cart