Faced with unparalleled grief, will Jonah return to Elohim?

Parents are looking for fiction that makes Christianity exciting for their kids. This series is the first Christian answer to Percy Jackson, the Kane Chronicles, the Secret Series, and other middle grade series packed with action and adventure. But the message is solidly based in Scripture, conveying that God is always in control.

It has been a trying six months for Jonah, Eliza, and Jeremiah Stone. They have been grieving over the loss of their nephilim mother, who was murdered by Abaddon’s forces. As part angels, the siblings have been in school with other children of nephilim to hone their special powers

In Truth Runner, Jonah has left Angel School and attempts to forget Elohim’s calling by moving back to his hometown and starting high school as a normal kid. But Jonah can still see fallen angels-and the evil they’re doing. When Jonah realizes the Fallen are attacking his friends without their knowledge, he is faced with a choice: continue to ignore it and forge his own path, or remember who he really is and fight for his friends.

As Jonah’s story begins to resemble his Biblical character’s namesake, will he turn back to Elohim’s path for his life?

Be the first to review “Truth Runner (Unabridged)” Cancel reply 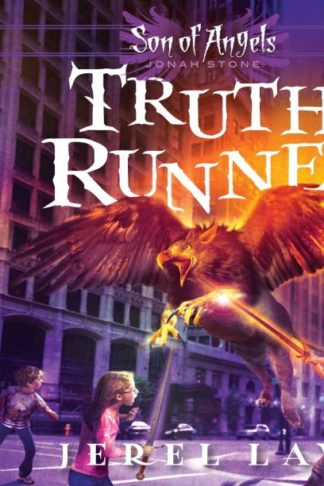