A Catholic Book Club Selection for May 1996

Father John LaFarge, S.J., (1880-1963) was one of the most prominent American Roman Catholic clergymen of his time, who achieved recognition as a major civil rights activist in the years before and after World War II. An Unordinary Man examines the extraordinary career of this civil rights activist and editor of America–from his youth in Rhode Island, through the founding of the Catholic Interracial Council and the writing of his encyclical on racism (at the request of Pope Pius XI in 1938), to his continued presence in the civil rights movement. Based largely on LaFarge’s private and professional papers, as well as interviews with relatives and colleagues, this biography offers civil rights and religious historians a new viewpoint on the participation of the Catholic Church in the civil rights movement. Includes a bibliographical essay and a selected bibliography. 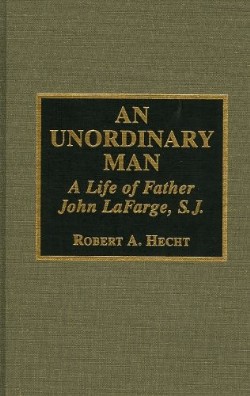