JUST BECAUSE YOU CAN’T SEE SOMETHING… DOESN’T MEAN IT ISN’T THERE.
Throughout history, kings, presidents, prime ministers, and treasure hunters have sought the fabled lost city of Shangri La. For centuries, this utopia has been relegated to fiction and lore, believed to be nothing more than a legend in the eyes of every historical expert in the world.

Until an archaeologist discovers an ancient map carved into a sacred mountain in China, and is murdered because of it.

Now, Sean Wyatt and his team from the International Archaeological Agency must trace his work and solve a series of clues that wind through China, and relearn this fascinating country’s history that could lead to the key to opening Shambala’s gates.

But they aren’t the only ones who seek the door to Shangri La. An old rival is chasing down the clues as well, financed by one of the Far East’s most powerful underworld leaders.

Where Horizons End is the first Sean Wyatt novel in over a year from USA Today Bestseller Ernest Dempsey. It’s a powerful story about courage, friendship, and salvation against impossible odds, and in the face of a possibility that defies logic, and science as we understand it–and with a twist ending that you won’t see coming.

This is also the 21st book in the Sean Wyatt Adventure Series, an up-tempo archaeological thriller story that spans more than a decade, and follows a set of heroes on their personal and professional journeys against all odds, and all manner of villains.

Be the first to review “Where Horizons End” Cancel reply 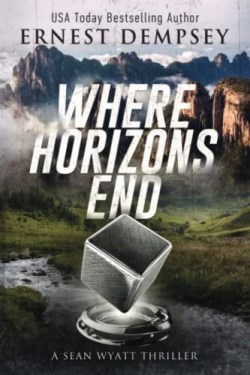