Additional Info
When the first edition of The Young Augustine appeared several decades ago, it received an enthusiastic reception and heralded a new era in Augustinian studies. Since then its reputation has grown and it is now accepted as a standard work which no one seriously interested in Augustine can afford to leave unread. Augustine’s formative years, up to his conversion, present a formidable task for a biographer; his was a complex personality blending strong sensual, spiritual and intellectual traits. He was most certainly a child of his era, an age so difficult to understand and appreciate. Professor O’Meara, with his vast knowledge of the man and his tomes, has presented a readable and balanced portrait of Augustine as a young man; and his work gives us a clearer understanding of one of the towering figures in the history of Christendom.

Be the first to review “Young Augustine (Revised)” Cancel reply 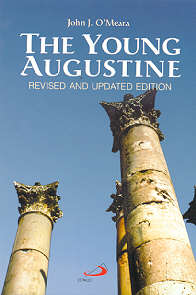