Dutch Calvinism In Modern America A Print On Demand Title

In this scholarly yet entertaining book, James D. Bratt takes a look at the Dutch in America from the late 19th century to the present. A comprehensive study of an ethnic subculture, the book is in large part a study of the group’s religious history as well, since, as Bratt points out, the contours of the Dutch presence in America have been overwhelmingly shaped by the church and its subsidiary organizations

Although the book is extensively and scrupulously documented, Bratt infused his scholarship with a considerable amount of anecdote that is by turns poignant and tragic and hilarious

In Bratt’s analysis of the fitful progress of Americanization that this close-knit religious community has undergone, we are treated to the sharp insights of a bemused and sometimes disaffected insider. Included is a chapter on novelists Arnold Mulder, David Cornel DeJong, Frederick Manfred, and Peter DeVries – four sons of the Dutch who fled the subculture only to reflect upon it almost obsessively from the outside

Well written, scholarly, and highly readable, Dutch Calvinism in Modern America will have wide appeal among both academic and general readers. 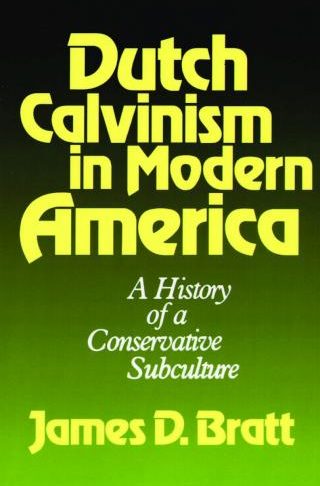 You're viewing: Dutch Calvinism In Modern America A Print On Demand Title $31.50
Add to cart