New York Times bestselling author Kathie Lee Gifford reveals heartwarming, entertaining conversations between people and personalities who both agree and disagree about who Jesus is, his role throughout history, and his presence in our lives today.

For decades Kathie Lee has had deep conversations about her faith with anyone who is interested in talking about it. What she discovered early on is most people are very willing to talk about Jesus: atheists, agnostics, Scientologists, Jews, broken-hearted Catholics, confused Baptists, Pentecostals, Sikhs, Buddhists, and Hindus alike.

While some of the people Kathie Lee has spoken with do not share her belief that Jesus is the Messiah-as prophesied for centuries by prophets in the Hebrew scriptures-they nonetheless have a universal fascination with Him. This singular man who lived more than two thousand years ago, and never traveled more than one hundred miles from where He was born, managed to change the entire world. Even the way we delineate history (BC/AD) comes from His short thirty-three years of life.

In The Jesus I Know, Kathie Lee shares cherished conversations that she’s had with others who find Jesus to be an ancient historical figure who somehow continues to be an undeniably magnetic, relevant presence in the modern world. Those conversations include

*actors like Kristin Chenoweth and Cynthia Garrett, with stories of Craig Ferguson and Kevin Costner,

*as well as those coming from other faith traditions.

Using Kathie Lee’s favorite Scripture passages as scaffolding, these thought-provoking exchanges will bring His teachings to life before your very eyes.

Be the first to review “Jesus I Know” Cancel reply 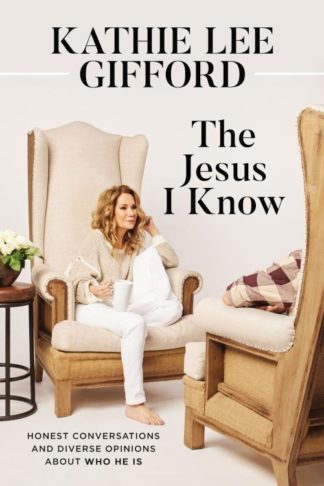