An old adage says, “God created man in His own image and man has been returning the favor ever since.” Philip Yancey realized that despite a lifetime attending Sunday school topped off by a Bible college education, he really had no idea who Jesus was. In fact, he found himself further and further removed from the person of Jesus, distracted instead by flannel-graph figures and intellectual inspection. He determined to use his journalistic talents to approach Jesus, in the context of time, within the framework of history.
In The Jesus I Never Knew, Yancey explores the life of Jesus, as he explains, “‘from below,’ to grasp as best I can what it must have been like to observe in person the extraordinary events unfolding in Galilee and Judea” as Jesus traveled and taught. Yancey examines three fundamental questions: who Jesus was, why he came, and what he left behind. Step by step, scene by scene, Yancey probes the culture into which Jesus was born and grew to adulthood; his character and mission; his teachings and miracles; his legacy–not just as history has told it, but as he himself intended it to be.

Yancey is not alone in his examination of the “real” Jesus. Publishing today is replete with writers committed to setting the story “straight,quot; joining countless others who, over the past 2,000 years, have determined to discover the truth about Jesus. But where others would deconstruct and discount, Yancey disarms and discloses. We become colleagues with him as he examines the accounts of the life of Jesus. And among the things that we discover is that Jesus himself leaves us few options: either he was who he said he was or he was nuts.

Philip Yancey was awarded the Gold Medallion Christian Book of the Year award for this book in 1996 by the Evangelical Christian Publishers Association. It’s not the first, nor the last, award Yancey has won for his writing. But the writing is not necessarily the great gift of this book. Yancey allows the reader to discover, along with him, The Jesus I Never Knew.

Be the first to review “Jesus I Never Knew” Cancel reply 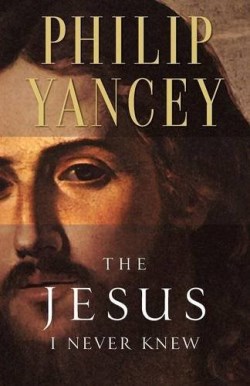