Church renewal always happens from the margins, never from the center. Church renewal burns with fiery passion among the LatinX pueblos and barrios, and this energy in Latin America can be harnessed to reform doctrine, worship, and the core purpose of Methodists. Emil Brunner said that “the church exists by mission as fire exists by burning.” At times, this fire has burned brightly and served as a light to the nations. Sometimes it has been mishandled and caused harm, and still at other times, it seems to dwindle to a few embers. The flame of church renewal burns brightly among many poor and marginalized followers of Christ. The Holy Spirit, like the wind, blows where it will, but some places are windier than others. Social peripheries are particularly windy places. This book tests whether renewal of doctrine, worship, and mission can happen by looking to the experience of Methodists in LatinX and Latin American ecclesial contexts. In true Wesleyan spirit, this renewal does not confine itself to Methodism, but the people called metodistas share in the movement’s fundamental calling to reform the church universal in its mission to the world.

Be the first to review “People Called Metodistas” Cancel reply 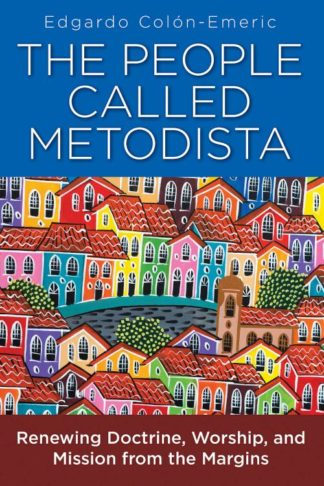