Gain victory over the spiritual forces of the deep!

What are water spirits?

Everyday people are feeling the effects of unseen evil forces, and yet, they don’t know what’s attacking them, let alone how to have victory.

While many spiritual warriors are familiar with principalities and powers like Jezebel and witchcraft, few have heard of marine demons. Also called water spirits, these powers wreak havoc in places near bodies of water. From Python, to Leviathan, to Triton to Rahab and beyond, spiritual warriors are feeling the effects of water spirits but often don’t know how to combat these evil forces.

Bestselling author, Jennifer LeClaire provides a revolutionary guidebook on how to prophetically recognize these spirits and engage in victorious warfare against them. This book will identify each water spirit, equipping believers to overcome them.

Be prepared to:
*Recognize the symptoms of the spirit of Python and learn to break free from its squeezing stronghold.
*Detect the twisted lies of a Leviathan spirit in your life and in contemporary culture.
*Overcome the spirit of Rahab that attempts to prevent you from crossing over into your new season.
*Unleash the power of Holy Spirit and partner with Him to change spiritual climates in your life and city.

Discern the presence of these water spirits and become equipped with spiritual warfare strategies to defeat them! 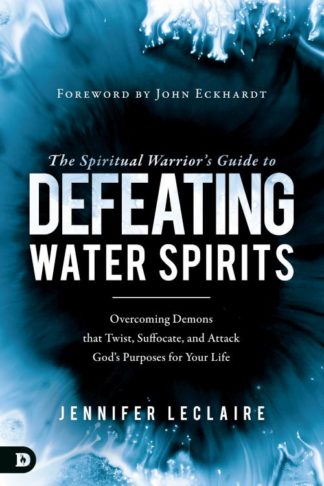