Wind In The House Of Islam

There are nine geo-cultural “rooms” in the “House of Islam,” and the Wind of God’s Spirit is blowing through every one of them. David Garrison spent three years travelling a quarter-million miles through every corner of the Muslim world to investigate reports far and wide of Muslims turning to faith in Jesus Christ. In this amazing odyssey, Garrison gathered the stories of more than a thousand Muslim-background believers, asking them the question: “What did God use to bring you to faith in Jesus Christ? Tell me your story.”
The result is a historic and unprecedented insight into the greatest turning of Muslims to Christ in history. Hear the stories of men and women who have sacrificed everything – home, family, even their lives – for the sake of following Jesus.

In this book, you will hear from men and women from West Africa to Indonesia and everywhere in between. You will see how God is at work through answered prayers; dreams and visions; 21st-century technologies such as Internet, satellite television, video and audio tools; and bold Christian witnesses who have often paid the ultimate price for the sake of reaching Muslims for Jesus Christ. Along the way, you will also gain insights into the fascinating background of each of these nine geo-cultural rooms in the House of Islam.

Finally, and most importantly, you will learn how you too can be a part of the greatest turning of Muslims to Christ in history, both overseas and in your own community. 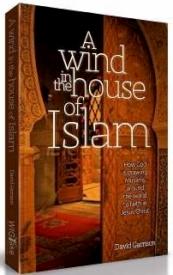