Within These Walls Of Sorrow

Hania Silverman’s carefree girlhood is shattered as her family is forced into the ghetto. Struggling to survive in a world hemmed in by walls and rife with cruelty and despair, she encounters Zosia, her former neighbor, at the pharmacy. As deportation winnow the ghetto’s population and snatch those she holds dear, Hania’s natural resiliency is exhausted by reality.

Zodia and Hania’s lives intertwine as they face the griefs and fears thrust upon them by war, until one day, they are forced to make a desperate choice . . . one that will inexorably bind them together, even as they are torn apart.

Amanda Barratt’s meticulous research and lush, award-winning writing shine once again in this moving look at a group of unsung heroes who fought for hope and humanity in the most harrowing of times. 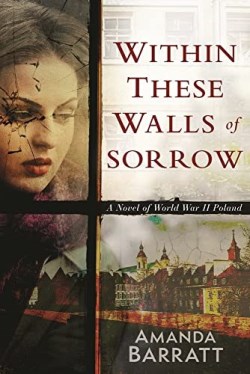 You're viewing: Within These Walls Of Sorrow $17.99
Add to cart